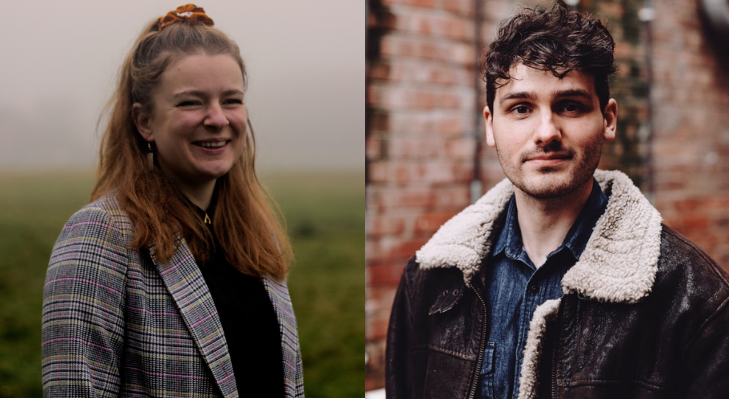 Indomitable folk musician and ornate songstress, Lizzy Hardingham, is paving her way as a powerhouse performer with "beautifully delivered songs that sing straight to the heart". This paragon of vocal vigour and songwriting sorcery has supported the likes of Lady Maisery, Gilmore & Roberts and Bob Fox (to name a few) and is emerging gracefully into the world of headline shows. 2019 saw her storm the UK folk club and festival scene, including Cambridge Folk Festival, while in 2020 she captivated online audiences with "a voice that could fill a stadium and the sensitivity to bring a room to attentive silence". During 2021 Lizzy worked closely with the English Folk Expo and Michael Hughes, focusing on "firmly nailing her place as one of the rising stars of the folk scene".

“Gorgeously delivered self penned songs that pip everything else to the post.” – Northern Sky (★★★★)

"...Dom Prag will be big very soon but for all its good points Young Man On A Ferry isn’t perfect. Like many young artists, Dom needs a sympathetic producer, not to change him but maybe just to smooth off the odd rough edge." - Dai Jeffries (Folking.com 2020)