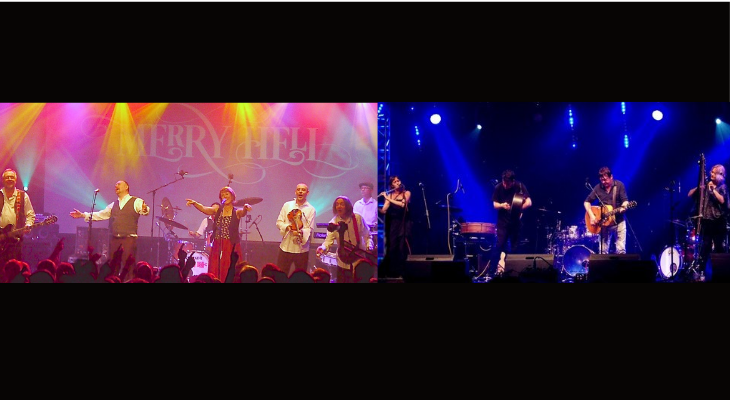 Merry Hell are a band founded on the ever-evolving folk tradition – music made by the people and shared by the people. Founded in their native northwest England in 2010, they have risen to become festival favourites, their albums finding favour with critics, broadcasters and music fans alike.

"Though our hearts and souls are tuned to the songs which came before us, we bring you new words and music forged from our own experiences, from the lows and the from the lows and the loves of our lives. Our art is energy and our hope is unity. Our pleasure is to please: let the audience be the acid test and let the music speak for itself…"

2020/21 - very testing years for all, with the cancellation of tours in both Britain and Europe saw Ranagri bunker down in the studio to write and record their next album TRADITION II, due for release in early 2022.