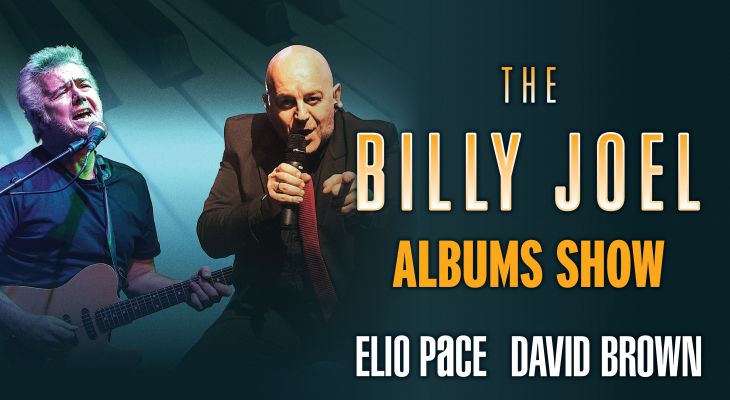 The ALBUMS SHOW is BACK... for a THIRD time!

And if that wasn’t thrilling enough for Billy Joel fans, Elio and his band are delighted to be bringing back their very special guest, direct from the USA… legendary lead guitarist, David Brown. David played lead guitar in Billy Joel’s band from 1978 until 1991 and also went on to record and tour with many music icons including Paul McCartney and Simon and Garfunkel.