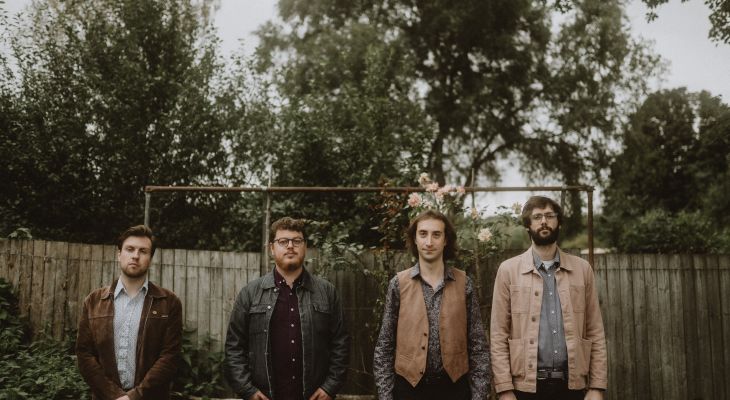 “Traditional, inventive, tight and sharp…  for those who think they don’t like bluegrass this could be the point they change their minds.”

Bluegrass band The Often Herd transcend the traditional boundaries of the genre. Although they might resemble an American string band, complete with driving energy, tight vocal harmonies and dazzling instrumental interplay, their vibrant, transatlantic sound is deeply coloured by their surroundings; the striking natural and industrial landscapes of Northern England. This unique approach won them the title of “Best European Bluegrass Band 2018” at the prestigious La Roche Bluegrass Festival in France.

Rupert Hughes (guitar) and Evan Davies (mandolin), write songs steeped in personal experience whilst drawing from a wide pool of influences ranging from old-time to psychedelia. American-born fiddler Niles Krieger and jazz bassist Sam Quintana add fiery instrumental skills to the mix, launching the band’s arrangements into the stratosphere. Together, their sound is both boldly contemporary and soothingly familiar, taking time-honoured traditions to new places with a fresh perspective.

The band were selected to showcase at this years IBMA Bluegrass Ramble and have showcased in the past at AmericanaFest UK. They are currently winding up recording sessions for their debut album with producer Tom Moore (Slow Worm Records, Moore, Moss, Rutter) to be released March 2022.