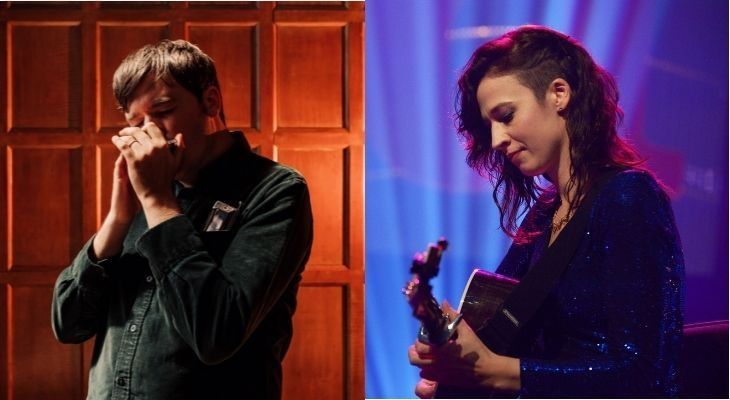 Two of the finest instrumentalists in traditional music combine to bring a tour de force of breathtaking performances, which first started in lockdown with a video that was an international internet sensation.   An outstanding talent in his generation, harmonica and melodeon player Will Pound has pushed the boundaries of both instruments, sharing awe inspiring performances across the world.

Jenn Butterworth is one of the most notable folk guitarists in the UK, previously awarded ‘Musician of the Year’ at the Scots Trad Music Awards, and nominated for the same title at the BBC Radio 2 Folk Awards.  An excellent collaborator, she can regularly be seen performing with folk powerhouses such as Kinnaris Quintet, Ross Ainslie & Ali Hutton and Treacherous Orchestra.  Together, they’ll share an eclectic mix of high energy tunes and uplifting songs.