The Stables Receives The Queen’s Award For Voluntary Service 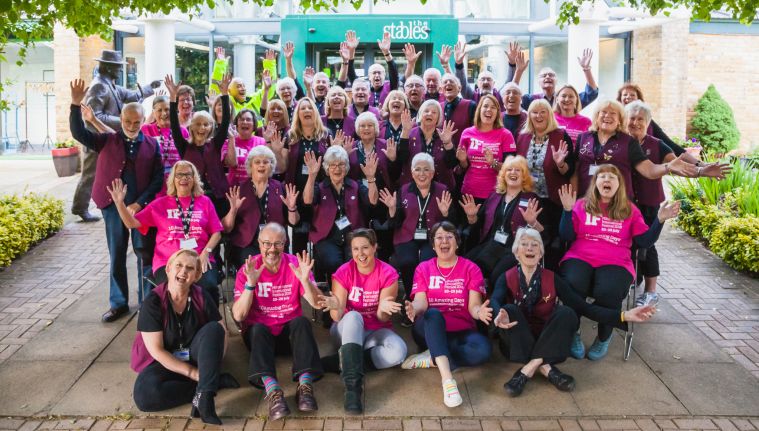 Volunteers at The Stables in Milton Keynes have been honoured with the Queen’s Award for Voluntary Service, the highest award a voluntary group can receive in the UK.

Ever since it opened in 1970, volunteers have played a central role in enabling The Stables to become one of the UK’s most successful and popular music organisations. Affectionately known as the Stablemates, they now total more than 250 in number. The core team provides year-round support for many areas of the day-to-day operation at the Wavendon-based concert venue, including front of house, technical, catering and administrative duties. Extra teams of volunteers are also recruited to help with the successful delivery of both IF: Milton Keynes International Festival and the National Youth Music Camps, two major events which The Stables also produces.

The Queen’s Award for Voluntary Service aims to recognise outstanding work by volunteer groups to benefit their local communities. It was created in 2002 to celebrate the Queen’s Golden Jubilee.  Winners are announced each year on 2 June – the anniversary of the Queen’s Coronation.

Monica Ferguson, Chief Executive and Artistic Director of The Stables, says: “Everyone at The Stables is thrilled that our wonderful volunteers - the Stablemates - have been recognised in this way. Their dedication and commitment is truly remarkable. They are a shining example of what this organisation is all about – namely to provide opportunities to anyone and everyone, irrespective of age, ability or background, to enrich their lives through the power of live music.”

The Stables is one of 281 charities, social enterprises and voluntary groups to receive the prestigious award this year. The number of nominations and awards has increased year on year since the awards were introduced in 2002, showing that the voluntary sector is thriving and full of innovative ideas to make life better for those around them.

Representatives from The Stables attended a garden party at Buckingham Palace in May, along with other recipients of this year’s Award.  The Lord Lieutenant’s office will formally present the award to The Stables later this summer.

The Stables holds regular open evenings for anyone who is interested in becoming a volunteer – the next one takes place on Tuesday 9 July. You can find more information on our Volunteering page. 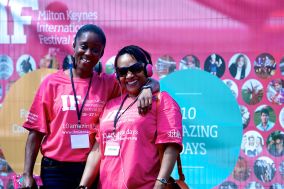 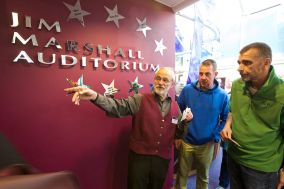 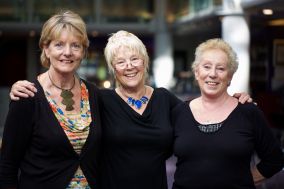