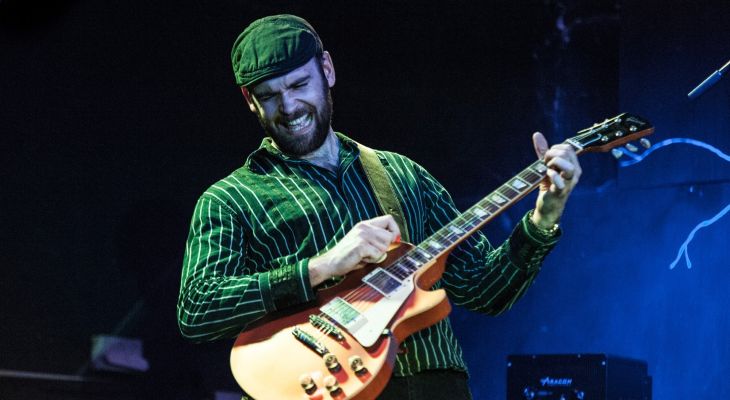 “These Guys are really going somewhere, make sure they take you with them” – Paul Jones BBC Radio 2 Their debut Album “South of the City” was released in 2011 and was well received by BBC Radio who invited the band to perform  ‘Live” on The Paul Jones Blues Show. The Title track of this album has recently been voted “Song of the Decade” in the Doc’s Blues Awards 2019. In 2013 the band stepped up to the plate with 12 original well crafted songs on their formidable “Not Over Yet” album including their International Songwriting Competition (ISC) award winning Blues song: “You Ain’t Coming Home”. Not Over Yet also achieved No 2 Best Album in the Radio Caroline Top 40.

The Third album "The Outer Reach" has won top awards in the 2016 UK Song writing Contest for best Rock song and best Music video and voted No 5 Best Album of the year (2016) by Blues Rock Review.

“Albany Down have made a Classic!” MUSIC NEWS

“In a world of mediocrity, The Outer Reach shines like a beacon of hope” BLUES MATTERS

“This Album is Dynamite” 5/5 PURPLE REVOLVER Albany Down are currently recording songs for their 4th Album with Producer Greg Haver and performing their “BACK AGAIN Tour Gigs and Festivals in the UK.